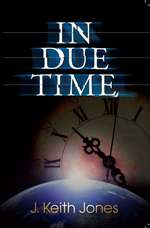 Synopsis: In 2036, America has just shaken off the shackles of a one world government. Led by a modern day George Washington named Alexander Birch, our country is rising from the ashes; but Birch has a problem. Prompted by a mysterious stranger he reaches out to a famous writer and patriot named Howard Spence.

The stranger is a time traveler named Joshua Lance who has sacrificed a life of favor serving his international masters to save the one man who could bring America back from the ashes; Birch. Spence tells how Lance had traded the security and wealth he had carefully crafted for a larger cause and more importantly why.

In Due Time has the flavor of Vince Flynn meets Harry Turtledove. It is one man’s journey of discovery into his own heart then back through time for his last great adventure.

One thought on “In Due Time”